July 02, 2018
EPA has launched the new e-Manifest system nationwide on June 30, 2018.  Beginning immediately, you will have the option to create manifests electronically, or you will be able to continue to use paper manifests. A slightly modified 5-part paper manifest was also introduced for use beginning on June 30.
The e-Manifest system allows for three types of hazardous waste manifest creation options:
If you have not already done so, you can register for e-Manifests with your site’s existing EPA ID number at: https://www.epa.gov/e-manifest.  Generators remain responsible for the content of the manifest, however they can authorize others, such as brokers, waste transporters, or consultants to enter the data and sign the manifest on their behalf.  EPA has encouraged each generator to assign two Site Managers, who could then authorize other users to view, create, and/or sign manifests electronically.
Starting now, all manifests, whether paper or electronic, will be submitted by the receiving facility to EPA via the Agency’s e-Manifest system. There will be several ways to submit manifests to EPA, ranging from mailing conventional paper to full electronic delivery. Receiving facilities will pay a fee that varies based on how the manifest is submitted. 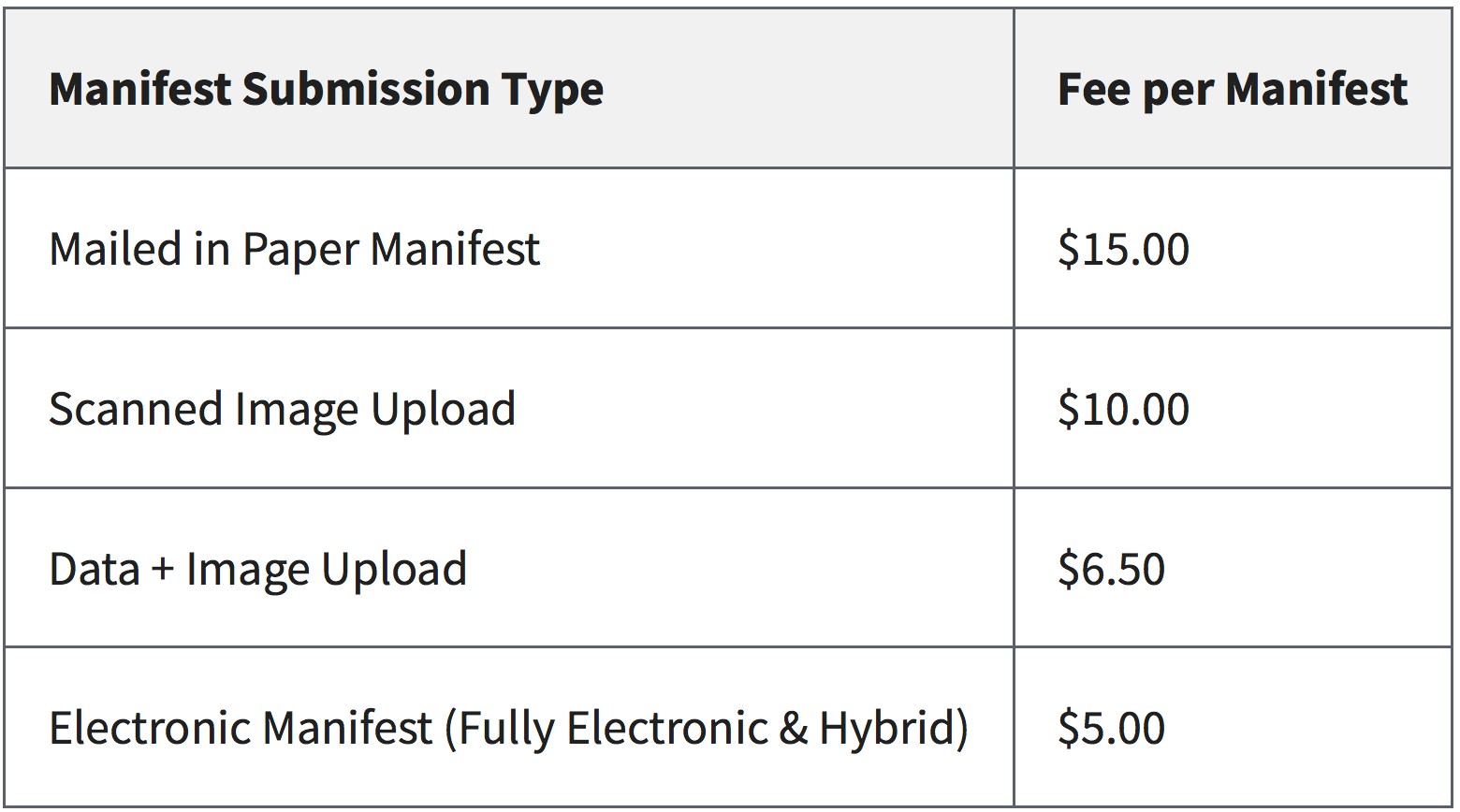 The new manifest must be used for:
Unless required by your state, the e-Manifest is not required for wastes that did not require hazardous waste manifesting in the past, such as:
You will be able to use the new e-manifest system to meet EPA’s 3-year manifest recordkeeping requirements. However, if your site does not create an e-Manifest account, you will be unable to view manifests in EPA’s e-manifest system and therefore you should make arrangements with the receiving waste treatment, storage, disposal, or recycling facilities to obtain paper copies of completed manifests so that you can meet your requirement to keep manifest copies from the destination facility for at least three years.
EPA has indicated that the Agency is evaluating whether enhanced security measures are needed for data regarding certain acute hazardous wastes. In the interim, EPA will be working directly with impacted receiving facilities on specific procedures related to those manifests. EPA recently also indicated that it would grant receiving facilities extra time to submit paper manifests in the initial months after system launch to further support industry implementation. Facilities that receive manifested waste between June 30, 2018 and September 1, 2018 will now have until September 30, 2018 to send those paper manifests to EPA.  Many states will no longer require hazardous waste generators to mail copies of the new paper (or e-manifest) to the state. Check with your state environmental agency to determine if this applies to you.
Hazardous Waste Training