The National Institute for Occupational Safety and Health (NIOSH) announced in the Federal Register that the Agency intends to evaluate the scientific data for 6 chemicals—allyl alcohol, bromine chloride, hydrogen bromide, hydrogen iodide, lewisite (a chemical warfare agent), and propylene imine—to develop new or updated Immediately Dangerous to Life or Health (IDLH) values.
IDLH values are based on health effects considerations determined through a critical assessment of the toxicology and human health effects data. This approach ensures that the IDLH values reflect an airborne concentration of a substance that represents a high-risk situation that may endanger workers' lives or health.
Free Amazon HD 10 Tablet with RCRA and DOT Training

Annual training is required by 40 CFR 262.17(a)(7).  Learn how to complete EPA’s new electronic hazardous waste manifest, and the more than 60 changes in EPA’s new Hazardous Waste Generator Improvements Rule.  Environmental Resource Center’s Hazardous Waste Training is available at nationwide locations, and via live webcasts.  If you plan to also attend DOT hazardous materials training, call 800-537-2372 to find out how can get your course materials on a new Amazon Fire HD 10 tablet at no extra charge.
Occupational Exposure to Bacteria When Using Biological Degreasing Stations 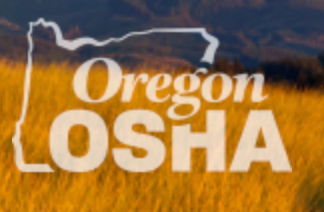 Oregon OSHA has fined West Coast Roofing and Painting Inc. more than $12,000 for violating job safety rules, including exposing employees to falls that could seriously injure or kill them.
This is not the first time Oregon OSHA has cited the Portland-area contractor for neglecting to follow fall protection requirements.
The latest citation stems from an inspection of a job site at a house in Portland, where employees of the company were tearing off an existing roof and preparing to install a new one. The inspection found four employees were exposed to falls of about 11 feet with no fall protection systems in place.
Falls are the leading cause of death in the construction industry. Oregon OSHA maintains rules for construction activities that specify the minimum height at which workers must be protected from falling. In the case of West Coast Roofing and Painting, the company failed to implement fall protection systems – such as a personal fall restraint system or other measures – where employees were exposed to falling six feet or more to a lower level.
In fact, the company has now failed to heed that requirement three times since 2018. Two of those violations – including the latest one – were repeat offenses committed by the company within a month of each other this year.
“There is never a good reason to ignore the need to protect workers from fall hazards, much less to repeatedly overlook rules that are designed to prevent serious injury or death,” said Oregon OSHA Administrator Michael Wood.
The inspection that led to the current citation also found other repeat violations on the part of West Coast Roofing and Painting. Those are:
Under Oregon OSHA rules, penalties multiply when employers commit repeat offenses. The citation against West Coast Roofing and Painting carries a total proposed penalty of $12,440. The fine amount includes a standard penalty reduction based on the small size of the company, which employed about 16 people at the time of Oregon OSHA’s inspection.
Safety News Links
New NIOSH Procedure for Measuring Particulate Filter Efficiency of P99 Series Filters Against Liquid Particulates for Non-Powered, Air- Purifying Respirators
Winter Safety Tips
Tesla Worker Gets Part of Finger Cut Off, Injury Not Reported
Delaware Worker Hurt, Pinned by Conveyor Belt
Carowinds Fined $42,000 After Worker’s Hand Cut Off While Inspecting Ride
Jan 17
2022