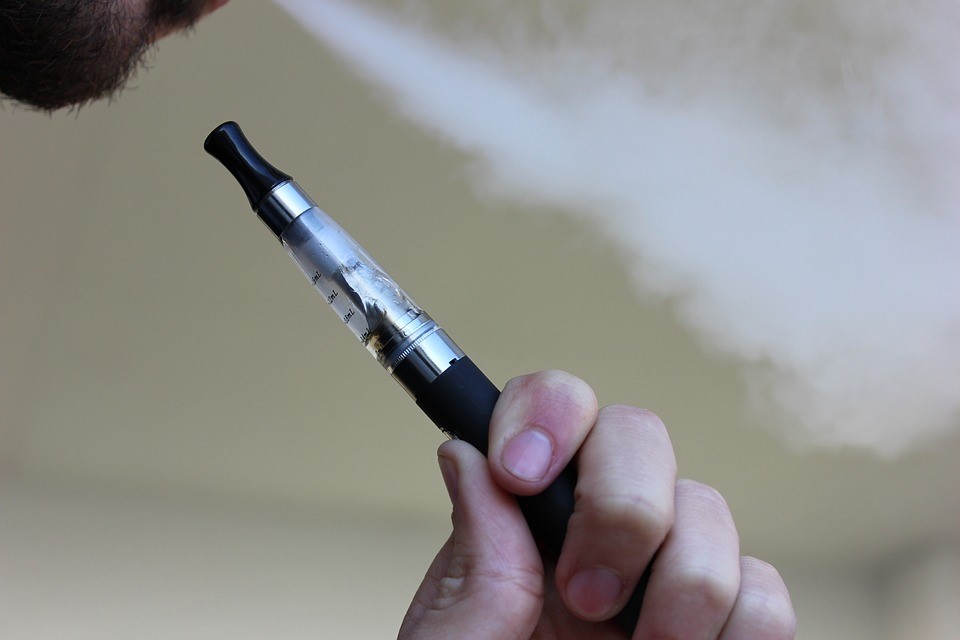 A study led by researchers at Baylor College of Medicine raises health concerns about the use of electronic cigarettes. Published in the Journal of Clinical Investigation, the work shows that chronic exposure to e-cigarette vapors disrupts normal lung function in mice and also reduces the ability of immune cells to respond to viral infection. These alterations were observed with vapors without nicotine, warranting deeper investigations on the effects the allegedly safe-to-use solvents in e-cigarettes have on people.
“E-cigarettes currently are the most commonly consumed tobacco substitute in the adolescent population. More than 3 million high school age adolescents as well as about 10 million adults in the U.S. are active users,” said corresponding author Dr. Farrah Kheradmand, a pulmonologist and professor of medicine at Baylor College of Medicine.
Some e-cigarette-related studies have reported negative effects of vaping on health, while other reports stand for the safety of the products when compared to tobacco cigarettes.
“These opposing views on the safety of e-cigarettes prompted one of my graduate students, Matthew Madison, to investigate the effects of chronic exposure to e-cigarette vapors and to conventional tobacco smoke on murine lung function,” said Kheradmand, who also holds the Nancy Chang, Ph.D. Endowed Professorship for the Biology of Inflammation Center at Baylor. “We also looked at the effect of vapors or smoke on the function of immune cells called macrophages residing within the lung. These cells represent a first line of defense against viral infections such as those caused by influenza virus.”
The experimental design consisted of four groups of mice. One group was exposed to e-cigarette vapors containing nicotine in the common vaping solvents propylene glycol and vegetable glycerin, in the proportions (60/40) found in e-cigarettes. A second group received vapors with only solvents but no nicotine. These groups were compared with mice exposed to tobacco smoke or to clean air.
The mice were exposed to tobacco smoke or e-cigarette vapors for four months following a regimen equivalent to that of a person starting smoking at about teenage years until their fifth decade of life. This smoking regimen markedly increases the risk of people developing emphysema, a condition in which the lungs’ air sacs are damaged causing shortness of breath.
The researchers found that, as expected, mice that were chronically exposed to cigarette smoke had severely damaged lungs and excessive inflammation resembling those in human smokers with emphysema.
Unexpectedly, Kheradmand, Madison and their colleagues found that the treatment with e-cigarette vapors made of propylene glycol and vegetable glycerin solvents only (no nicotine), which are currently considered to be safe solvents, also damaged the lungs. In this case, the researchers did not observe inflammation and emphysema; instead, they found evidence of abnormal buildup of lipids (fats) in the lungs that disrupted both normal lung structure and function.
They also found that the accumulated fat was not from the solvent, rather it was from an abnormal turnover of the protective fluid layer in the lungs. In addition, they observed abnormal accumulation of lipids within resident macrophages. When the mice were exposed to influenza virus, the macrophages with abnormal lipid accumulation responded poorly to the infection.
“In summary, our experimental findings reveal that, independent of nicotine, chronic inhalation e-cigarette vapors disrupts normal murine lung function and reduces the ability of resident immune cells to respond to infection, increasing the susceptibility to diseases such as influenza,” Kheradmand said. “Our experimental findings share similarities with previous multiple case reports describing the presence of lipid-laden macrophages in pulmonary fluid from people with e-cigarette-associated pneumonia. Our results support further investigations into the solvents used in vaping.”
Free Amazon HD 10 Tablet with RCRA and DOT Training

Annual training is required by 40 CFR 262.17(a)(7).  Learn how to complete EPA’s new electronic hazardous waste manifest, and the more than 60 changes in EPA’s new Hazardous Waste Generator Improvements Rule.  Environmental Resource Center’s Hazardous Waste Training is available at nationwide locations, and via live webcasts.  If you plan to also attend DOT hazardous materials training, call 800-537-2372 to find out how can get your course materials on a new Amazon Fire HD 10 tablet at no extra charge.
Reference Exposure Levels for Hexamethylene Diisocyanate (Monomer and Polydiisocyanates)

EPA announced that BP North America Products Inc. will pay a civil penalty and upgrade the company’s secondary containment to settle violations of the Clean Water Act at its Peosta, Iowa, facility.  BP North America Products will pay a civil penalty of $71,400.
“Working together with the DOT and the Iowa Department of Natural Resources, EPA is taking steps to ensure this facility meets requirements under the Clean Water Act to ensure potential spills are fully contained on site,” said EPA Region 7 Administrator Jim Gulliford. “Upgrading secondary containment at the facility will prevent future contamination of nearby waterways and protect both human health and wildlife.”
The violations occurred on Aug. 6, 2018, when a 2.5-million-gallon storage tank discharged diesel fuel oil into a tributary of the South Fork of Catfish Creek, resulting in a visible sheen in the South Fork of Catfish Creek for multiple days. On Aug. 7, 2018, EPA inspected the facility and documented that defective secondary containment resulted in the release from the facility. The DOT also investigated the cause of the spill and found it to be a defective repair at the bottom of the storage tank.
In addition to the penalty settlement, BP North America Products also agreed to investigate and upgrade the secondary containment system at the facility. Secondary containment systems capture potential spills prior to release into the environment. The secondary containment system failed at the facility, resulting in oil discharges into waters of the United States.
EPA coordinated the investigation and plans for upgrade of the secondary containment system with both DOT and the Iowa Department of Natural Resources (IDNR). EPA anticipates this upgrade to be complete within six months, depending on the results of the company’s investigation.
Safety News Links
Free Online Training for Ladder Safety from Oregon OSHA
Worker Participation Is an Essential Element to Improve Process Safety
Eating Mushrooms May Help Lower Prostate Cancer Risk
Coffee May Protect Against Gallstones
Jan 24
2022