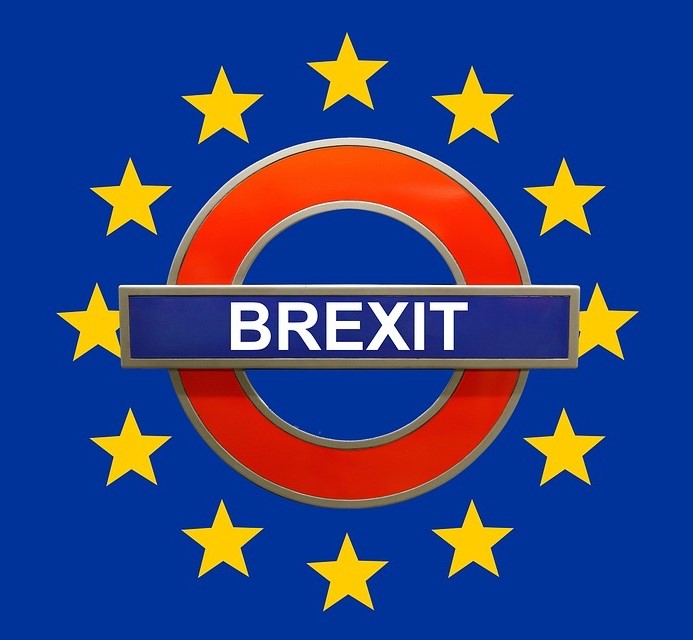 The European Chemicals Agency (ECHA) issued a reminder to companies that they need to prepare for a ‘no deal’ scenario ahead of the UK’s withdrawal from the EU, which is to take place on 31 October 2019. Without a deal covering chemicals, as of 1 November 2019, the UK will be classified as a "third country."
ECHA also urged downstream users located in the EU-27/EEA to act now to avoid disruptions in supply. Registrations made by UK manufacturers, importers and Only Representatives will become void if they are not transferred to EU-27/EEA before the UK withdraws from the EU.
Downstream users in the EU-27/EEA can check the ‘List of substances registered only by UK companies’ on ECHA’s website to see if they will be affected and need to take action. If they plan to get their supply from the UK after the withdrawal, they should register the substance themselves as an importer, unless an Only Representative has been appointed for that registration in the EU-27/EEA.
UK-based manufacturers and formulators that want to keep substances registered under REACH legally on the EU-27/EEA market, can either transfer their business to, or appoint an Only Representative in one of the EU-27/EEA countries.
Step-by-step instructions on how to transfer REACH registrations are available on ECHA’s web pages for the UK’s withdrawal from the EU.
The manual form to notify exports of PIC substances has been reactivated. This form is part of a temporary procedure that ensures that EU-27 companies, which are planning to export PIC chemicals to the UK as of 1 November 2019, can comply with their obligations to notify their exports 35 days before the expected date of import.
Free Amazon HD 10 Tablet with RCRA and DOT Training

Annual training is required by 40 CFR 262.17(a)(7).  Learn how to complete EPA’s new electronic hazardous waste manifest, and the more than 60 changes in EPA’s new Hazardous Waste Generator Improvements Rule.  Environmental Resource Center’s Hazardous Waste Training is available at nationwide locations, and via live webcasts.  If you plan to also attend DOT hazardous materials training, call 800-537-2372 to find out how can get your course materials on a new Amazon Fire HD 10 tablet at no extra charge.
Malaria Could Be Felled by an Antarctic Sea Sponge 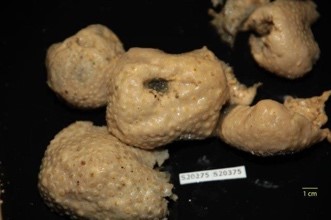 The frigid waters of the Antarctic may yield a treatment for a deadly disease that affects populations in some of the hottest places on earth. Current medications for that scourge — malaria — are becoming less effective as drug resistance spreads. But researchers report in ACS’ Journal of Natural Products that a peptide they isolated from an Antarctic sponge shows promise as a lead for new therapies.
Some 219 million cases of malaria were reported worldwide in 2017, according to the World Health Organization, with 435,000 people having died from the disease in that year. Symptoms begin with fever and chills, which can be followed by severe anemia, respiratory distress and organ failure. The parasite responsible for malaria is transmitted to people through mosquito bites. It spends some of its lifecycle first in the liver, where it reproduces, and then it moves into the blood. Conventional treatments based on artemisinin and its derivatives hold the parasite in check when it is in patients’ blood, but the parasites are increasingly becoming resistant to these medications. One solution is to attack the organism at an earlier stage in its lifecycle, when there are fewer parasites, and resistance might not have developed yet — namely, when it’s in the liver. In their search for a suitable pharmaceutical weapon, Bill J. Baker and colleagues turned to sponges, which rely on an array of chemical defenses to fight off predators.
The team screened a collection of natural products extracted from a Southern Ocean sponge known as Inflatella coelosphaeroides. One compound, which they dubbed friomaramide, blocked infection and development of the malaria parasite Plasmodium falciparum in liver cells in a culture dish as effectively as primaquine, one of the few existing liver-stage treatments. Friomaramide is also nontoxic to the liver cells themselves. The researchers determined that the compound is a linear peptide with a distinctive structure, which they say makes it a promising framework for producing new leads for malaria treatment.
Auto Parts Manufacturer Cited for Exposing Workers to Hexavalent Chromium During Welding 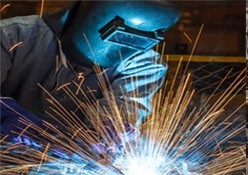 OSHA and Faurecia Emissions Control Systems NA LLC have reached an agreement that calls for the auto parts manufacturer – based in Franklin, Ohio – to abate hazards cited by OSHA in July 2019 and to pay penalties of $188,329. The company will remain in OSHA’s Severe Violator Enforcement Program.
Under the terms of the settlement agreement, Faurecia Emissions Control Systems will correct the cited violations by taking immediate steps to limit employees’ exposure to airborne hexavalent chromium, including establishing a consistent and effective monitoring program, implementing feasible work practice controls during welding, and providing information and training to employees about the hazards of hexavalent chromium and OSHA’s standards.
“Employees at Faurecia Emission Control Systems will be safer, healthier, and better trained as a result of this agreement,” said OSHA Area Director Ken Montgomery, in Cincinnati, Ohio. “Employers must continually evaluate their facilities for hazards, and use proper safety controls and equipment to protect workers.”
Colorado Homebuilder Cited for Exposing Employees to Fall Hazards 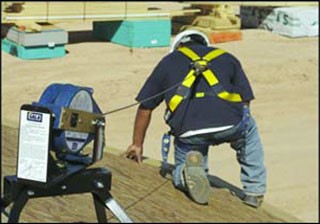 OSHA has cited Century Communities Inc. – a Colorado-based homebuilder – for exposing employees to fall hazards. The company faces $132,598 in penalties.
An OSHA inspection at a Century Communities Inc. construction site revealed that the company failed to conduct regular inspections of the jobsite, and ensure that workers used adequate fall protection during framing and roofing activities. OSHA conducted the investigation under the Regional Emphasis Program on Fall Hazards in Construction.
Ohio Roofing Contractor Cited for Exposing Employees to Fall Hazards 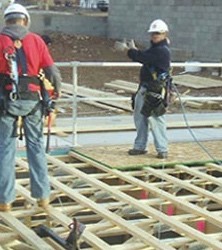 OSHA has cited Roofs by Antonio LLC – based in Dayton, Ohio – for exposing employees to fall hazards while they installed shingles on a sloped roof in Cincinnati, Ohio. The company faces penalties of $159,118 for repeatedly violating OSHA’s fall protection standards.
OSHA inspectors noted one willful violation and two serious safety violations during the July 13, 2019, inspection for failing to provide and install a fall protection system, and failing to have a competent person inspect the worksite daily. OSHA has cited Roofs by Antonio for fall protection violations five times since 2014.
“Disregard for required OSHA safety procedures places workers at risk for serious and fatal injuries,” said OSHA Area Director Ken Montgomery, in Cincinnati, Ohio. “Falls are preventable when safety systems are installed and properly used.”
The company has 15 business days from receipt of the citations and penalties to comply, request an informal conference with OSHA’s area director, or contest the findings before the independent Occupational Safety and Health Review Commission.
Florida Roofing Contractor Cited After Fatal Fall at Work Site 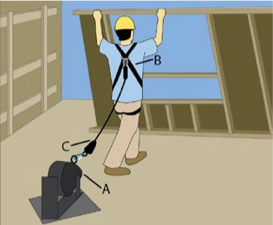 OSHA has cited Hough Roofing Inc. – based in Palm Bay, Florida – for exposing employees to fall hazards after a worker suffered a fatal injury from a fall while performing roofing activities at a work site in Melbourne, Florida.
OSHA inspectors determined that the employer failed to ensure employees used fall protection, train employees on recognizing fall hazards and on the proper use of a portable ladder, and ensure portable ladders extended 3 feet above the upper landing. OSHA initiated the inspection in conjunction with the agency’s Regional Emphasis Program for Falls in Construction. The roofing contractor faces $26,142 in penalties.
“Falls are the leading cause of fatalities in construction,” said OSHA Area Director Les Grove, in Tampa, Florida. “Tragedies like this can be prevented if the employer ensures workers are provided and utilize fall protection during the course of all roofing operations.”
The company has 15 business days from receipt of the citations and proposed penalties to comply, request an informal conference with OSHA’s area director, or contest the findings before the independent Occupational Safety and Health Review Commission.
Safety News Links
Effectiveness of New Guidelines to Prevent Workplace Hand-Wrist MSDs
Worker Injured in Flash Fire
Hazardous Chemical Fire Closes School, Injures Worker
Construction Worker Killed in Accident at Disneyland
Jan 17
2022