OSHA has issued a final rule that revises 14 provisions in the recordkeeping, general industry, maritime, and construction standards that may be confusing, outdated, or unnecessary. The revisions are expected to increase understanding and compliance with the provisions, improve employee safety and health, and save employers an estimated $6.1 million per year.
OSHA proposed the changes in October 2016. This is the fourth final rule under OSHA’s Standards Improvement Project, which began in 1995 in response to a Presidential memorandum to improve government regulations. Other revisions were issued in 1998, 2005, and 2011.
The revisions include an update to the consensus standard incorporated by reference for signs and devices used to protect workers near automobile traffic, a revision to the requirements for roll-over protective structures to comply with current consensus standards, updates for storage of digital x-rays, and the method of calling emergency services to allow for use of current technology. OSHA is also revising two standards to align with current medical practice: a reduction to the number of necessary employee x-rays and updates to requirements for pulmonary function testing. To protect employee privacy and prevent identity fraud, OSHA has removed from the standards the requirements that employers include an employee’s social security number (SSN) on exposure monitoring, medical surveillance, and other records.
Free Amazon HD 10 Tablet with RCRA and DOT Training

Annual hazardous waste training is required for anyone who generates, accumulates, stores, transports, or treats hazardous waste. Learn how to manage your hazardous waste in accordance with the latest state and federal regulations.  Learn how to complete EPA’s new electronic hazardous waste manifest, and the more than 60 changes in EPA’s new Hazardous Waste Generator Improvements Rule.  Environmental Resource Center’s Hazardous Waste Training is available at nationwide locations, and via live webcasts.  If you plan to also attend DOT hazardous materials training, call 800-537-2372 to find out how can get your course materials on a new Amazon Fire HD 10 tablet at no extra charge.
OSHA Wants Your Input on Updates to the Lockout/Tagout Standard

OSHA has requested information on a possible update to the Control of Hazardous Energy (Lockout/Tagout (LOTO)) standard. The Agency is interested in comments on the use of control circuit-type devices to isolate energy, as well as the evolving technology for robotics.
OSHA is requesting information about how employers have been using control circuit devices, including information about the types of circuitry and safety procedures being used; limitations of their use, to determine under what other conditions control circuit-type devices could be used safely; new risks of worker exposure to hazardous energy as a result of increased interaction with robots; and whether the agency should consider changes to the LOTO standard that would address these new risks.
The current LOTO standard, published in 1989, requires that all sources of energy be controlled during servicing and maintenance of machines and equipment using an energy-isolating device. The standard specifies that control circuit devices cannot be used as energy-isolating devices, but the agency recognizes recent technological advances may have improved the safety of control circuit-type devices.
Comments must be submitted on or before August 18, 2019. Comments and materials may be submitted electronically at http://www.regulations.gov, the Federal e-Rulemaking Portal, or by facsimile or mail. See the Federal Register notice for submission details.
Traveling? Check Measles Vaccination or Immunity Status

The Colorado Department of Public Health and Environment recently advises people who are traveling abroad, or to areas in the U.S. with ongoing measles outbreaks, to ensure they are protected against this highly contagious illness. With measles outbreaks across the country, it’s a good idea to check vaccination records to ensure protection.
“It’s essential to know your vaccination or immunity status if you are planning to travel to areas where measles outbreaks have been reported,” said Dr. Rachel Herlihy, state communicable disease epidemiologist. “Measles, once considered eliminated in the U.S., has made a comeback. As you make your plans for travel, ensure checking vaccination records is on your list. We encourage everyone, regardless of travel, to be up to date on all recommended vaccines.”
Measles-mumps-rubella (MMR) vaccine is available at doctor’s offices and many retail pharmacies. People can check vaccinefinder.org to find a retail location. People who need help paying for vaccinations should contact their local public health department.
Vaccination recommendations:
Measles immunity:
The early symptoms of measles are fever; runny nose; cough; and red, watery eyes. Usually, one to four days after the early symptoms, a red rash appears on the face and spreads to the rest of the body. People with measles can spread the disease from four days before the rash appears until four days after it goes away.
If you are sick with these symptoms, contact a health care provider as soon as possible. Call the doctor’s office and tell them about your symptoms. To protect others, do not go inside a doctor’s office, urgent care or hospital unless instructed by your doctor.
Measles is not a mild illness. It can be serious in all age groups, but complications are most common in children under age 5 and adults over age 20. Complications can include hospitalization and pneumonia. Encephalitis can occur in one of 1,000 cases, and death in 1-2 of 1,000 cases. Before the vaccine was widely available, 450-500 measles deaths occurred each year in the U.S.
The CDC has travel notices for people traveling abroad. To find out where outbreaks (three or more cases) are occurring in the U.S., visit the CDC measles outbreak web page.
Online Pet Supply Retailer Fined for Worker Death 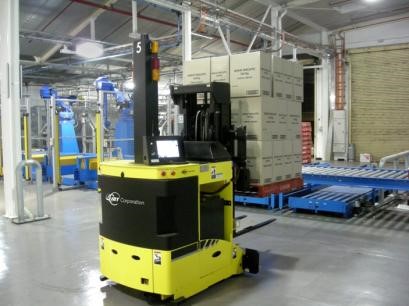 OSHA has cited Chewy Inc. - an online retailer of pet supplies - after a fatality at the company’s Ocala, Florida, distribution facility.
The employee suffered fatal injuries while operating a stand-up industrial truck. OSHA cited Chewy Inc. for exposing employees to struck-by and crushing hazards. The company faces $14,323 in penalties, the maximum allowed by law.
“Employers are required to assess and abate hazards that are present, and that may expose workers to injuries, illnesses, or fatalities,” said OSHA Jacksonville Area Office Director Michelle Gonzalez. “This tragedy might have been prevented if the employer had complied with published safety standards and adhered to hazard warnings provided by equipment manufacturers.”
Illinois Gov. Pritzker Signs Legislation Helping Workers Exposed to Toxic Substances 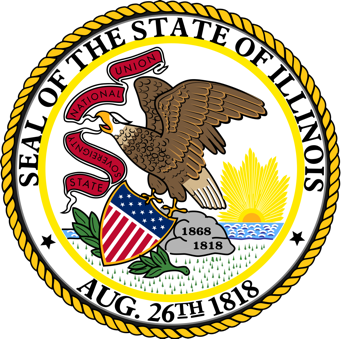 On May 15, Illinois Gov. JB Pritzker signed SB 1596, allowing workers who have been exposed to toxic substances pursue justice in Illinois courts.
The new law lifts the 25-year statute of limitation on claims for people diagnosed with latent diseases after exposure to toxic substances (such as asbestos, radiation, beryllium) in the workplace.
In some cases, the 25-year limit imposed by the Illinois Workers' Compensation Act and the Workers' Occupational Diseases Act is shorter than the medically-recognized time period in which some diseases generally manifest. SB 1596 protects victims' access to justice beyond that time limit.

An OSHA investigation has found that Belfor Property Restoration and subcontractor Custom Crushing & Company – both based in Kansas City, Missouri – failed to comply with OSHA’s asbestos removal standards while performing rehabilitation work at Kansas State University’s Hale Library in Manhattan, Kansas. Custom Crushing & Company faces $193,596 in proposed penalties, and Belfor Property Restoration faces proposed penalties totaling $39,780.
Custom Crushing & Company was cited for 23 serious health violations including exposing employees to asbestos, failing to provide respiratory protection, and personal protective clothing, develop a written hazard communication program, train workers on asbestos hazards, properly dispose of material and waste containing asbestos, and conduct medical surveillance for employees exposed to health hazards.
OSHA cited Belfor Property Restoration for three serious violations after determining asbestos abatement on the project did not comply with OSHA standards. Inspectors also determined that the company failed to inform the building’s owner and other employees of the location and quantity of presumed asbestos-containing material.
“Asbestos is a well-known health hazard that can cause lung cancer, mesothelioma, and other life-threatening illnesses,” said OSHA Wichita Area Director Ryan Hodge. “Employers working in the restoration industry are required to remediate asbestos hazards to ensure workers are adequately protected.”
Both companies have 15 business days from receipt of the citations and penalties to comply, request an informal conference with OSHA’s area director, or contest the findings before the independent Occupational Safety and Health Review Commission. See the citations issued to Custom Crushing here and Belfor here.
Nebraska Steel Erection Company Cited After Employee Dies from Fall Injury 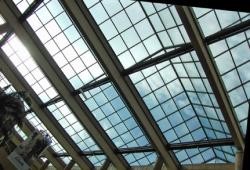 OSHA has cited Daubert Construction – based in Fremont, Nebraska – for failing to protect employees from fall hazards. An employee suffered a fatal injury after falling approximately 16 feet through an unguarded skylight. Inspectors determined that the Fremont, Nebraska, employer allowed employees to work on a mobile scaffold platform elevated with a forklift; and failed to train employees to recognize fall hazards. OSHA proposed penalties of $19,890.
“Falls from elevation continue to be a leading cause of fatalities for construction workers,” said OSHA Omaha Area Office Director Jeff Funke. “This tragedy could have been prevented if the employer had provided a fall protective system, and trained workers to recognize and avoid fall hazards.”
The company has 15 business days from receipt of the citations and penalties to comply, request an informal conference with OSHA’s area director, or contest the findings before the independent Occupational Safety and Health Review Commission.
Postal Office Cited for Blocked Exits and Failing to Train on Emergency Plan 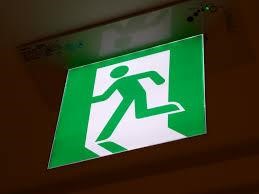